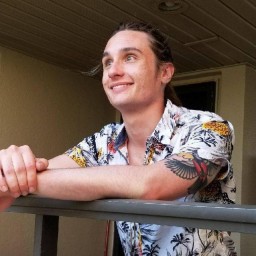 If you're reading this, you probably already know that Twitch is the 800-pound gorilla of the live streaming market on the internet. In fact, this platform gets 15 million active viewers every single day. You read that correctly. I didn’t say per week, and I definitely did not say per month. Fifteen million viewers every single day—that’s nothing to sneeze at!

It’s no surprise that a lot of top-notch, highly visible Twitch streamers are making money hand over fist. I'm not talking about $30,000 per year or even $100,000 per year. Think along the lines of $500,000 or even seven figures! That's how much money is involved in Twitch!

And there are so many different ways you can get to that level.

If you just stream your games, music footage, or you reading poetry or doing whatever creative stuff that you normally do behind closed doors, you will earn through views. This is how most people think Twitch streamers earn their money, through ads.

But what if I told you that even if only a few hundred people show up to your stream day after day, you can still make quite a decent amount of cash?

This is due to the fact that you can also ask people to tip you or donate via PayPal.

Never underestimate the power of appreciation and gratitude! For example, if you're giving out advice, reciting poetry, or reading from your short stories, people might get so touched and personally connected with what you've just done that they can't help but tip you—not $10, not $20, not even $100, but a few hundred bucks! I know; I’ve seen it happen!

That's why linking PayPal to your Twitch page is such a good idea for Twitch Streamers.

So if you are a streamer and you want to make money, the first step is to add PayPal to Twitch. It’s very easy!

You have to create a PayPal account, then go to the section on PayPal where you create a PayPal.me account. This creates a link that you can publish anywhere. When people click it, they can put the dollar figure at the end; they’re in charge.

Since you're advertising the fact that you take donations via PayPal, this makes it more likely that you will get donations because they're in control of how much money they send you.

And, of course, when you're playing music, sometimes people get so touched and moved by your performance, they feel that they can't help but give you a hundred bucks! But sometimes, maybe they're not in the mood, or times are tight, so they can only manage to put together $5.

They're in control, and that's what makes the PayPal.me link so awesome.

To add a Twitch Donation Button, go to your Twitch account. Go to the avatar on the top-right corner of the screen. Select the channel—this choice will appear in a drop-down menu.

When your PayPal panel has activated the cool Twitch panel, upload the file by selecting ‘Add image.’ Paste your PayPal link to the image links on the panel box. When you see this, your profile will then show your PayPal.me link (it’s technically a picture).

Once people appreciate your performance or your gameplay and the fact that you're taking tips or donations, they just need to check out your profile, and they will see right there that they can donate.

Turn your passion into cold-hard cash by, first, pleasing your audience. That's the bottom line!

You have to understand that when you perform on Twitch, you're getting a chance to deliver value into other people’s lives. If this is how you look at the situation—instead of you doing things for yourself or finding a medium for you to express yourself, and it’s all about you, you, you—you’re actually going to make money.

The moment you flip the script and focus on what other people want and the kind of experience they walk away with, making money on Twitch will become so much easier.

The first step to do that is to decide to link PayPal to Twitch.

Start By Deciding to Link PayPal to Twitch

As exciting as all these income streams may be for Twitch streamers, let’s not get ahead of ourselves.

At the end of the day, for you to make money off this amazing live streaming platform, you have to produce content that people are willing to become emotionally invested in—that's the bottom line. That's also the big secret to Twitch streaming success.

Unfortunately, a lot of wannabee streamers completely botch this up. They get this idea in their head that they just need to show up and, based on the game that they're playing, people will automatically show up as well.

It’s as if they believe in some sort of automatic, pre-canned community that you just need to say certain magic words to or announce certain games to, and people will automatically become fans. No, it doesn’t work that way.

Sure, people will show up because they know that you're going to be playing their favorite game. But there are no guarantees that they will stick around.

In fact, this is how it normally plays out: they hear that somebody’s playing Call of Duty or World of Warcraft, so they get excited, and they show up. But, for whatever reason, they think you suck, and they leave.

To cut a long story short, you don’t make any money.

So how do you become successful? You have to emphasize your personality.

Even if you have the personality of a banana slug, a wet blanket, or even a pile of doo-doo, as long as you know who you are and you're not trying to be somebody else, you will attract a community.

In fact, if you just click through the Twitch community of streamers, you'll notice that a lot of those big-time personalities—the guys who are making six figures or seven figures a year—have “weird” personalities as far as the real world goes.

But there they are—making bank. Why?

They're themselves. And I invite you to be yourself as well. This is nonnegotiable... this is how people become verified Twitch Partners!

If you want to achieve any kind of success, even if you're just trying to get donations from your stream viewers because you were able to link PayPal to Twitch, you still need to be authentic.

This is the price you pay for any level of success on Twitch. Anything else is a non-starter, really. Seriously. You can take this advice to the bank.

With that out of the way, you need to now focus on donations.

Start Earning from Donations By Deciding to Link PayPal to Twitch

You have to set up a PayPal account, so you can accept donations from your stream.

Now, the great thing about donations is that it’s a great way for people to show their appreciation for you. How do you make this happen?

This is not always possible, depending on the game that you're playing. But this is actually one of the easiest ways for streaming musicians to make money from Twitch.

Let’s say you play guitar, or you play the violin—somebody shows up to your stream, and they said, “Play Erik Satie's Gymnopédie No.2.” When you play it with a lot of passion in your heart, and it has the right melancholy effect on the viewer, they can't help but be touched on a deep emotional level.

Much of this translates into a donation!

You have to understand that people show up to Twitch because they're looking for an experience. That's the bottom line.

If they just wanted to see footage from the game that they're interested in, they could've done that by just going to Vimeo, YouTube, or any other video streaming channel—that’s canned entertainment.

Instead, they want to witness the experience play out. They want to engage in the many different layers of existence possible from the game. And this is more fun when you are living through the eyes of an experienced gamer.

The same goes for music. There is some sort of “immersive” experience with Twitch, and that's why it’s so popular.

After all, 15 million active daily users can't lie. You can't mess with that number.

Get People to Donate By Taking Requests

I know I sound like a broken record, but if you really want to establish even just a tiny trickle of income, decide to link your Paypal on your Twitch and then take donations on Twitch. That's the bottom line.

The best way to get donations is to make their viewing experience all about them. And to have a donate button displayed on your Twitch channel.

When I go to a Twitch streamer who's playing the electric guitar, I would request The Velvet Underground’s “I'm Waiting for the Man.” And if they do even a halfway decent job, you best believe they're going to get a donation from me! Why?

My experience was entirely my own.

When I watch a movie, I'm there to witness what Quentin Tarantino or Steven Spielberg has in store for me. It’s all about them, their vision, their execution, and their plot lines. I'm just there for the ride; it’s like being a passenger in a car.

But when I show up on a Twitch stream where somebody’s playing the piano or the violin, and I say, “Play Vivaldi Concerto for two mandolins,” and they do a halfway decent job, I'm almost obligated to give a donation because the experience was a product of my decision.

Do you see how this works? They executed the music—they made things happen in the video game—but the idea came from me!

That's why this two-way or conversational experience on Twitch is so powerful and can easily be triggered when you say to people, “I’m taking requests. I'm a singer, what song would you like me to sing?” or “I play the piano. What kind of classical music or rock piece would you like me to play?”

When you do that with the obvious signal that you're not expecting or demanding a donation, people become emotionally invested. That's the secret!

When I see a streamer who's saying, “I’ll play for money,” I get turned off. At some level or other, requesting songs or requesting gameplay runs on this fiction that it is organic and spontaneous.

I don’t know about you, but that kills the buzz.

Also, donations and Patreon sponsorships are no joke! You may be thinking, “Well, since I get people to sign up for Patreon and sponsor me for $5 a month, how would that move the needle?”

Even if everybody chips in $5 per month, please understand that this is a monthly recurring subscription. So if you have several hundred people donating to you automatically on a month-to-month basis—$5 per head—this can translate to thousands of dollars!

That’s passive income because you just need to do your thing on your Twitch stream, and that money will automatically come!

In fact, even if you stopped creating content—the way Patreon is set up—you will still get that money automatically deducted from their accounts and sent to you!

Wait! It gets even better. There are just so many other ways you can make money—product mentions, shoutouts, I could go on and on!